Pablo Picasso (1881 - 1973)  is one of the only artists in history who changed their own style of work multiple times throughout their career. Picasso changed his work so drastically that, in some circumstances, most would think two of his paintings were created by different artists. Additionally, while deviating so much from his previous work, Picasso created historical, revolutionary movements in art, which ultimately changed the way the world observed, interpreted, and appreciated art. 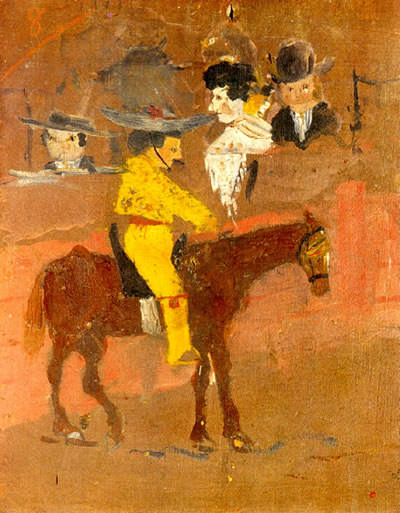 ​Pablo Picasso was very artistic all throughout his childhood; his first famous painting was published at the young age of 9 in 1890. The painting, called "Le Picador," depicts a bullfighter on horseback. Picasso and his family attended many bullfights together. Consequently, bullfights are some of the subjects of his early paintings. 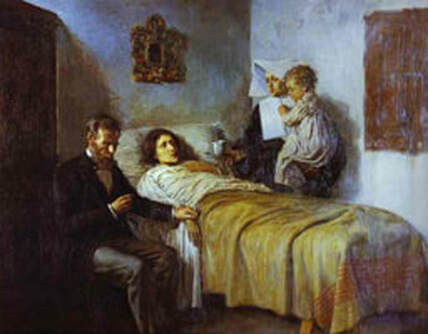 ​From the time of "Le Picador" up until the age of 16, Pablo Picasso would devote a lot of his time painting portraits of his friends and family members. He gained popularity easily this way. So much so, that by the age of 16, his work had landed him a place in the prestigious Royal Academy of Fine Arts of San Fernando in Madrid. 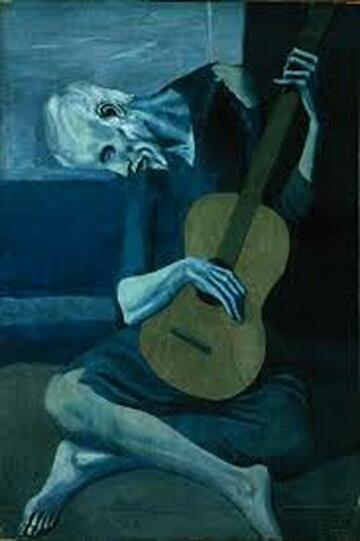 ​Just like we all do, Pablo Picasso experienced some rough times. In 1901, Picasso's dear friend, Carlos Casagemas, hosted a dinner party. Towards the end of the party, Casagemas pulled out a gun, attempted to shoot a lady-friend of theirs, and then turned the gun on himself and pulled the trigger. Upon witnessing this horrific event, Picasso was brought into a deep, depressive state. The art that flowed from it is what we call his "Blue Period." The artist's Blue Period has a name that gives away what the paintings look like, for the majority of them are painted almost entirely in shades of blue.
See more Blue period paintings here
You will be directed to a Google Slides Document containing a slideshow of Blue Period artwork. 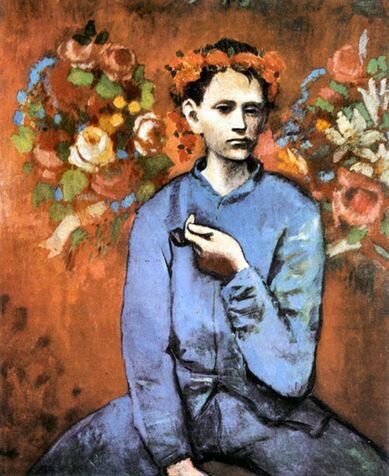 ​And, just like all of us, Pablo Picasso fell in love. When he did, it yielded beautiful results. This result was his "Rose Period," and it is pretty easy to guess the hues that are prominent: pink.
see more rose period paintings here
You will be directed to a Google Slides Document containing a slideshow of Rose Period artwork. 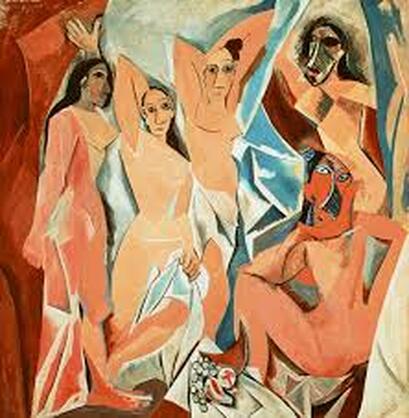 ​In Picasso's mind, things began to get a little upbeat. His "African-influenced" Period depicts vivid colors and strong, two-dimensional shapes that come together to create jaw-dropping, unusual art. It is at this point in his career that he begins to break the status quo of what art should be. This is only the beginning of his efforts to shock the world.
see more african-influenced paintings here
You will be directed to a Google Slides Document containing a slideshow of African-Influenced Period artwork. 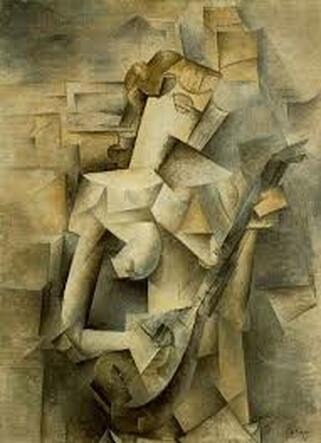 The Cubism Period is the most revolutionary of Picasso's. During this period, he asserted the importance of the small details behind a work and how they come together to great one big picture. He wanted people to look at art more analytically and with intellect, not because it was "pretty" or "pleasing to the eye." As a result, a whole artistic movement was created and therefore changed the way people view art.
See more cubism paintings here
You will be directed to a Google Slides Document containing a slideshow of Cubism Period artwork. 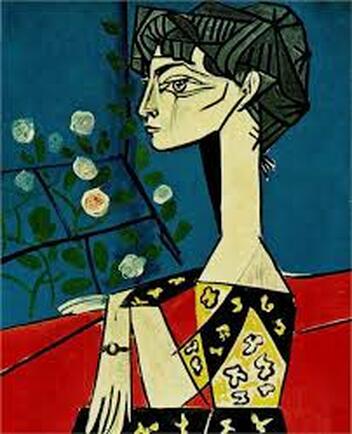 During this time in his life, Pablo Picasso yearned for a more private lifestyle. He began to paint more randomly, and his works reflected a mixture of styles. Nonetheless, they were all still masterpieces. Many of the paintings in this time period were portraits of his mistresses, which all represented elements from each of his definitive periods. As his realization that death was closing in grew upon him, his works became more daring; they depicted more vibrant colors and expressive figures.