In the world of Art today, modern artists regularly exercise the methods of creating that Picasso proposed. Since Picasso's time, abstract art has grown in popularity, and it has been more widely accepted. This has opened up more opportunities for aspiring artists to gain popularity. ​
"Contemporary art is about now! It's about figuring out who we are, who we are becoming, and how to live, know, and act. Just as our students are looking at the worlds around them and wondering what their role might be, what events mean, or what difference they can make, today's artists are pondering the same questions through their art. When we teach with contemporary art, the potential is present for learning that is centered not in the classroom, but in all the worlds beyond it and students' efforts to negotiate their relationship to those worlds. What could be more relevant?" 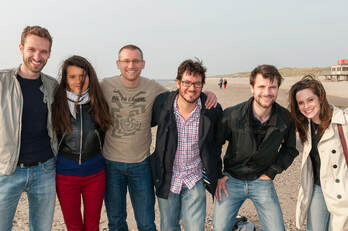 From the Departments of Social Psychology and Work and Organizational Psychology at the University of Amsterdam, researchers claim that Picasso's intrapersonal deviance during his artistic life is what gained him his popularity:

"Considering deviance in its sociohistorical context, we propose that artists whose work deviates from their own previous style (intrapersonal deviance) and other artists' styles (interpersonal deviance) gain greater impact than nondeviant artists, as long as deviance is directed toward a progressive style."

Additionally, they found that many museum-goers and art fanatics agreed:

"Individuals considered artists who deviated from their previous style more impactful than artists who consistently followed a single style." 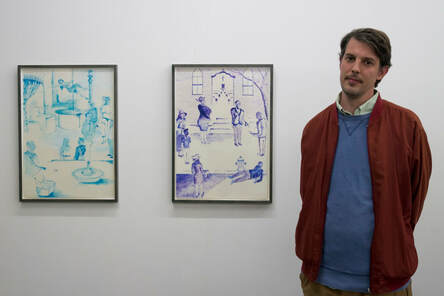 Mark Van Yetter is a representational painter who, for most of his paintings, produces modestly scaled creations. On paper, he uses creamy oils with masterful precision and articulation. He operates in the threshold between the public and the intimate. Yetter has a down-to-earth approach on his art; in his drawings, he embraces his own history and he utilizes the world around him. Through his art, Yetter has a different way of capturing the world. His art describes a world where ideas are freely expressed and digitalized. People, objects and animals all play an important role. Yetter emphasizes the point made that Picasso has influenced free thinking and experimentation with art using color, emotions and feelings. He asserts us to have different interpretations of what art can and is capable of.

Mark Van Yetter also has experiences based on Picasso’s. Both started as kids going to museums, and both experienced things that made them turn to art. Van Yetter explains a time when he realized his inspiration was similar to Picasso’s:
"For a while, I painted landscapes like a boring old Sunday painter. But I destroyed most of them; what I was making didn’t seem to fit in anywhere. Looking back, though, it was a fruitful period. I discovered that I felt more connected to a strain of modernism… to the more widely acceptable European ones derived from Picasso and Surrealism and so on." 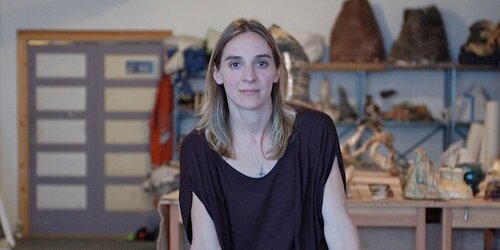 ​Jessica Jackson Hutchins, an artist who is deeply inspired by Picasso, has a special connection with his most famous Blue Period painting: “The Old Guitarist.” Upon attending a museum in which the famous piece is held, she remarked, “I have always had a postcard of that painting… So I thought it was sort of sweet to see all the iPhones held up in front of it—all these people who have now incorporated this image into their collection…”